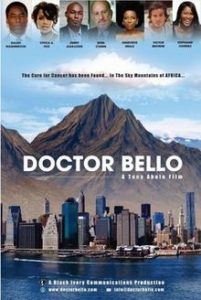 Brilliant Cancer specialist Dr. Michael Durant is emotionally troubled, wrestling with the traumatic loss of his 10 year old daughter from Cancer. Immersing himself in his work in the hospital, away from his wife who blames him for their childs death, he forms an unlikely bond with a sick, loving, but rambunctious seven year old boy Sam, the son of a rich Jewish couple who are major contributors to the Hospitals Cancer Research Fund.