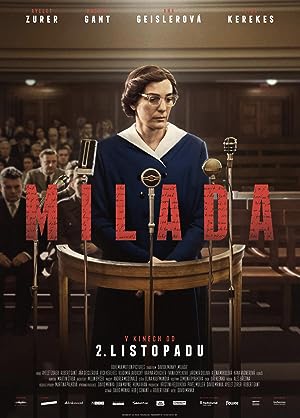 The story of Milada Horáková, democratic pre-WW2 Czech politician first arrested and tried by the Nazis during the War and then the post-war Communist government for her refusal to cease her opposition activity and leave the country.