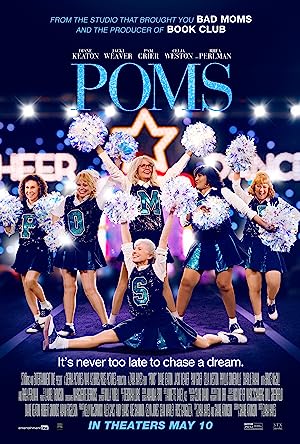 POMS is a comedy about a group of women who form a cheer leading squad at their retirement community, proving that you’re never too old to ‘bring it!’