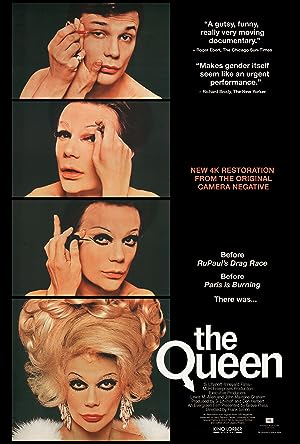 The behind the scenes of a national drag queen contest in New York City, including the rehearsals leading up to the contest, the conversations in the dressing room and the jealousies that emerge before and after the competition.