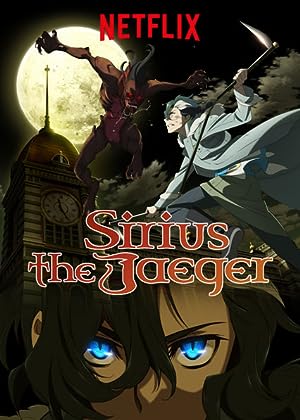 Imperial Capital, 1930. A strange group of people carrying musical instrument cases landed on Tokyo station. They are called the “Jaegers”, who came to hunt vampires. Amongst them, there stood a young man with striking serenity and unusual aura. His name is Yuliy, a werewolf whose home village was destroyed by vampires. Yuliy and the Jaegers engage in deadly battle over a mysterious holy arc only known as “The Arc of Sirius”. What truth awaits them at the end…?