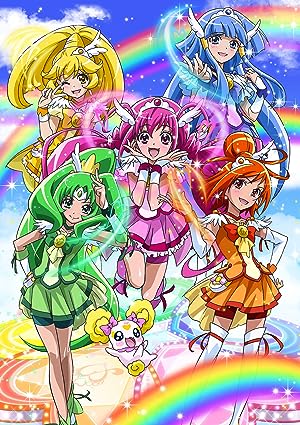 Once upon a time, there was a kingdom of fairy tales called “Märchenland”, where many fairy tale characters live together in joy. Suddenly, the evil emperor Pierrot made an invasion on Märchenland, sealing its Queen in the process. To revive the Queen, the symbol of happiness called Cure Decor, “the Queen’s scattered power of light of happiness”, is required. To collect the Cure Decor, a fairy named Candy searches for the Pretty Cures on Earth. There, Candy meets a girl, who decides to collect the Cure Decor. Now, will the world earn a “happy ending”?