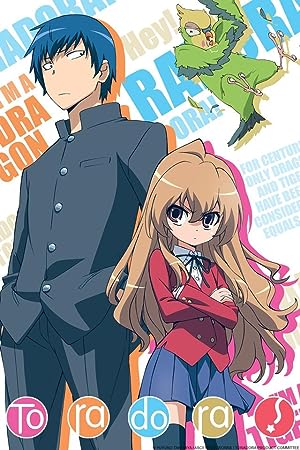 Ryuji Takasu lives in a falling down house with his mother, and although being a nice guy is cursed with the evil look of his father causing people to avoid him. Taiga Aisaka is a tiny,self centered and unexpectedly strong girl who lives in a new apartment next to Ryuji but has no idea how to take care of herself. Ryuji looks after her,cooking and cleaning for her and acting as her dog while they both attempt to help each other with their love life.