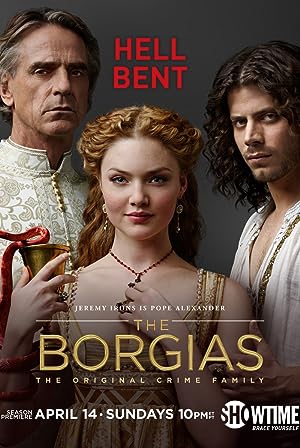 In the fifteenth century, Pope Alexander VI tries to control all power in Italy with the help of his several sons, through murder, intrigue, war, and marriage alliances.