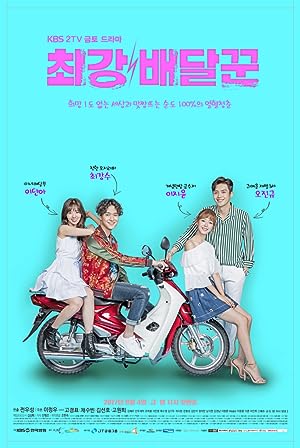 Choi Kang Soo is a deliveryman. In spite of his humble beginnings, Choi Kang Soo is fearless and gives it all in everything he does. Lee Dan Ah is another delivery worker. She hates her current socioeconomic status so much that she, like many young people, calls her country “Hell Joseon.” Lee Dan Ah is so focused on making money and changing her life that she has no time for men. Butwhen she comes across the charming Choi Kang Soo, her attitude is due to be moved.