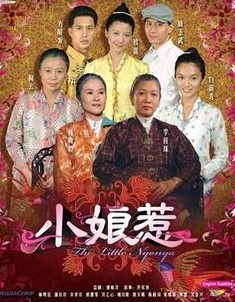 A story that spans several decades, it tells the life of Yue Niang (Jeanette Aw), a pretty little Nyonya who is skilled in Peranakan, also known as Straits Chinese, cooking and sewing. Growing up in a traditional family, she is discriminated against as the granddaughter of a lowly second wife, a situation made worse by her mother’s disapproved union with a Japanese photographer.